St. Luke’s Episcopal School is pleased to announce the Rev. Dr. James Hamner as interim head of school for the 2019-2020 school year. Hamner comes to San Antonio from Atlanta, where he has had a long and successful career in independent school leadership.

As chance would have it, this appointment as interim head of school is not Hamner’s first direct experience with St. Luke’s. In 1969, he attended SLES in the sixth grade when his family temporarily relocated to San Antonio while his father worked on a three-year project with the National Cancer Institute. Following his graduation from SLES, Hamner continued to pursue his passion for education, eventually earning his master of divinity degree from the University of the South in Sewanee, Tenn. and his doctorate from the University of Oxford. Almost exactly 50 years later to the day, he returns to the hilltop eager to share his wealth of experience and continue St. Luke’s tradition of excellence.

“I am very excited to return to St. Luke’s to work with the board of trustees and all members of the SLES community as interim head of school,” says Hamner. “St. Luke’s is an excellent Episcopal school with a strong and proud legacy of nurturing students of intelligence and character. Building on the wonderful work of the board, administration, faculty and staff this past year, I am committed to facilitating a strong transition to what will be a bright future for SLES.”

Hamner knows a thing or two about the importance of having a smooth transition in school leadership. Two years ago, he retired from his 17-year-long post as Headmaster at St. Martin’s Episcopal School in Atlanta. Under his leadership, St. Martin’s was transformed from a quaint, neighborhood school into one of the most academically rigorous and competitive pre-K-8 independent schools in Atlanta. With his “own brand of professionalism and innovative spirit,” Hamner steered St. Martin’s into the 21st century leading a revitalization of the school’s physical structures, academic curriculum, arts and sports programs, and spiritual education.

An ordained Episcopal priest for over 35 years, he has always recognized the value of chapel services for the spiritual development and character education of students. He is thrilled for the opportunity to return to his pastoral ministry through daily, morning chapel services at SLES.

Following his retirement from St. Martin’s, Hamner returned to his higher education roots as an adjunct professor at not one, but two Atlanta schools. Since 2017, he has been teaching at Mercer University’s Tift College of Education, where he is currently in the process of developing a doctoral program in independent school leadership. In addition, he is also an adjunct professor in the Anglican Studies Program of the Candler School of Theology at Emory University.

Hamner began work at SLES early this summer and has been hard at work planning for the upcoming school year. Through his conversations with community members, he has heard about the many wonderful things happening at SLES and is excited to be a part of its future. “James has hit the ground running working to advance SLES,” says Board Chair Will Collins. “Having spent more than thirty-five years in Episcopal school education, administration and leadership we are excited for him to share his talents and passion to strengthen every facet of our school and continue to propel our growth.” 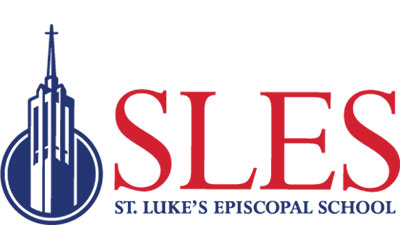